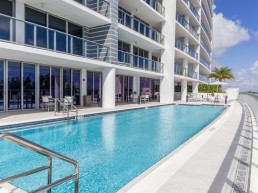 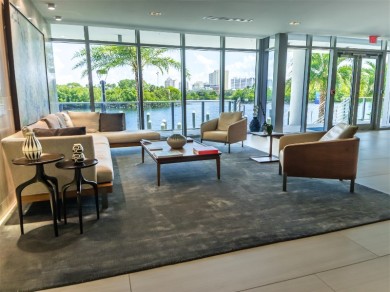 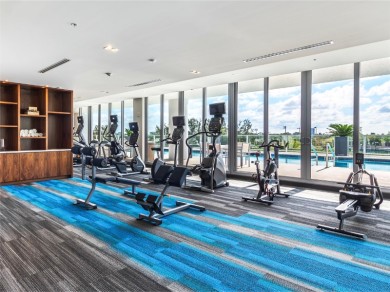 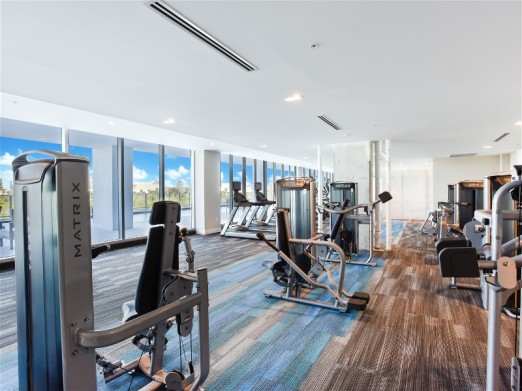 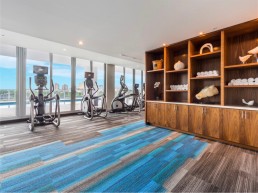 For additional details, visit my listing page for this property. 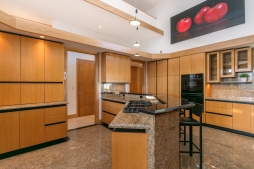 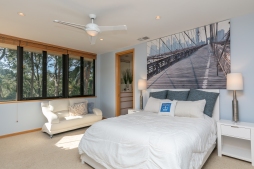 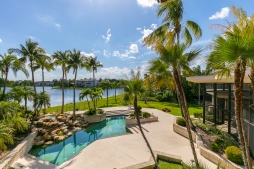 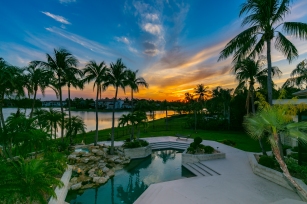 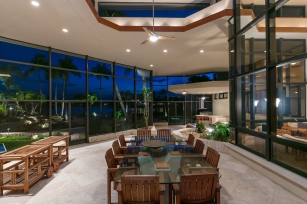 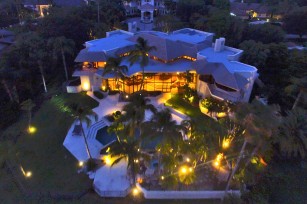 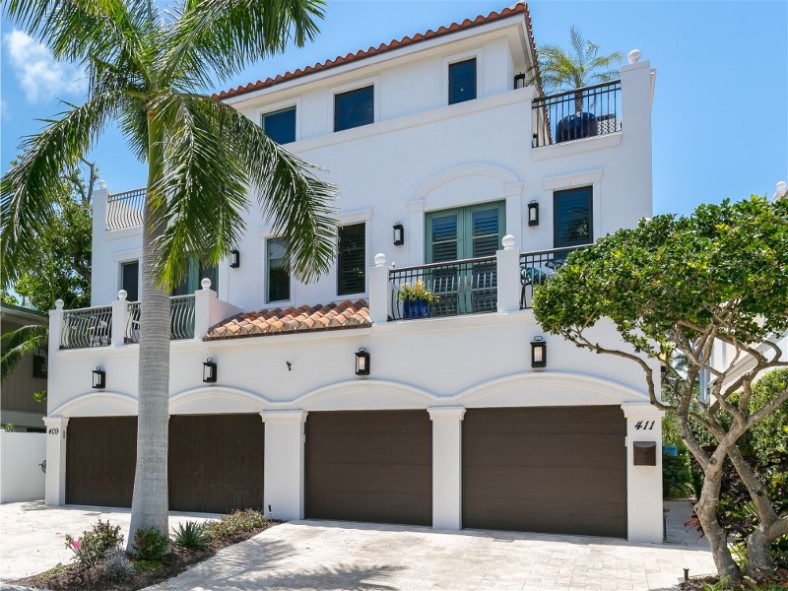 Bring your boat to this exquisitely renovated townhome with contemporary, luxe finishes. A few short steps from Las Olas! 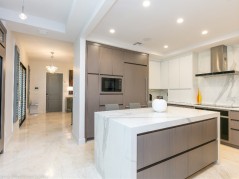 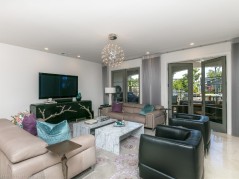 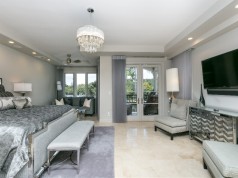 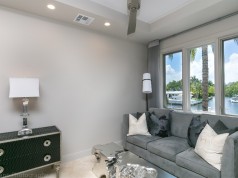 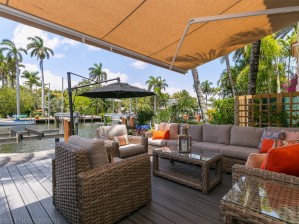 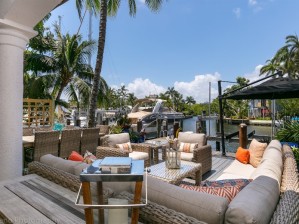 Just reduced the price of a fine Jewel property near Las Olas Blvd!

This luxurious property is only 4.5 years old and ready for a new owner.

The home is situated in Colee Hammock, one of the most prestigious neighborhoods in the Las Olas historic area; just 1 block from the famous Las Olas Boulevard, a mere walking distance to everything such as prime shopping, fine dining, great entertainment. A short bicycle ride to the beaches of Fort Lauderdale.

It features a beautiful and modern open floor plan, is complimented with marble and hardwood floors throughout, an elevator, an office/den in the first floor that can be used as a fifth bedroom. The formal dining room features a beautiful wall-mounted wine rack; while the kitchen is equipped with gas stove with dual ovens, a bar, a counter-seating island and a spacious breakfast area with a pool view and pool deck perfect for entertaining family and guests. All bedrooms feature their own in-suite bathrooms and there is a convenient laundry room located in the 2nd floor. 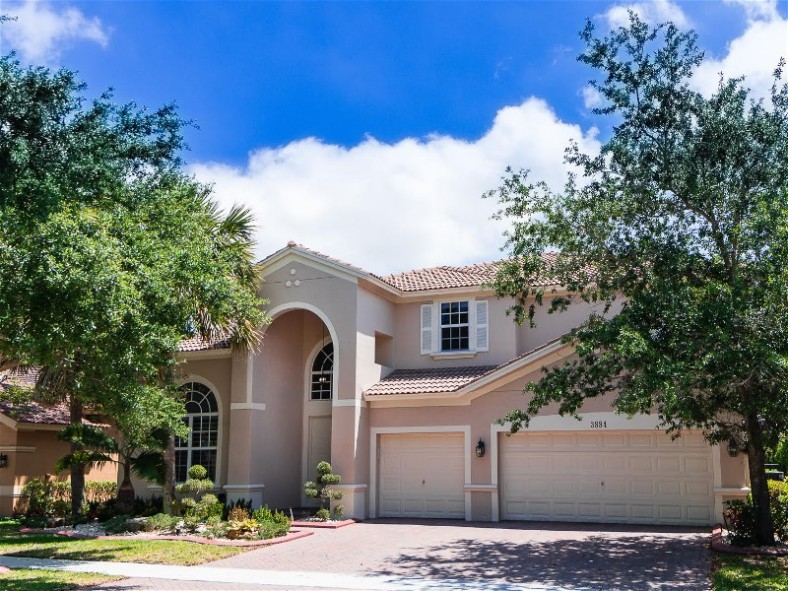 A fantastic and updated residence in the resort-styled community “Isles of Weston”. A gem with over $100,000 in improvements. 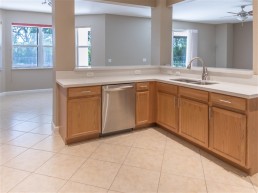 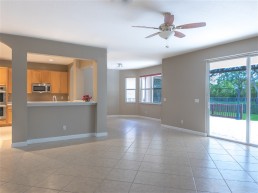 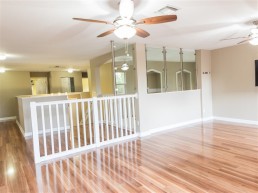 Kitchen area features brand-new quartz counter-top and newer appliances. An ample family room oversees an extended covered patio and oversize back yard with remote-control screen panels; plenty of room for a pool. Floors are wood in the 2nd floor. Master bedroom is oversize and features a sitting area, 2 walk-in closets, his and hers vanity in the master bathroom. 1 bathroom in the 1st floor, perfect for your guests or in-laws. Resort-style clubhouse. 2 new A/C and new impact windows in the entire house.

Area schools are A+++, complimented with great parks. Just minutes from the Sawgrass Mills Mall and easy access to all major highways!

“New homes are being purchased at a furious pace, and it could give the housing market the added push it’s been waiting for,” says Quicken Loans vice president Bill Banfield. “With more new homes purchased by move-up buyers, it provides an increase in housing choice for first time buyers looking for their starter house.”

Data released found that the new home sales seasonally adjusted annualized rate for July was 654,000, the highest pace of sales since October 2007. Actual new homes sold so far this year are up 13 percent over the first seven months of 2015. This July’s new home supply remains tight at 4.3 months of supply.

“It’s great to see evidence of much-needed growth and a shift toward more affordable prices in July’s report,” says realtor.com Chief Economist Jonathan Smoke. “It’s also good news that we are finally seeing builders shifting toward more affordable price points. And given the limited number of homes currently for sale, we can be confident that the decline in new home prices is a result of market shift and not discounting by builders.”

A record-breaking summer for the residential real estate market continued in August, according to new monthly data on for-sale housing inventory and demand on Realtor.com®. Homes for sale on the site in August are moving two percent more quickly than last year as prices continue to reach new record highs.

“Summer 2017 was one of most competitive buying seasons that we have ever witnessed, fueled by historically low mortgage rates and inventory shortages that resulted in record-high prices, said Jonathan Smoke, chief economist for Realtor.com. “With the school year starting now in most of the country, we’re seeing some drop-off in demand, which may provide some relief for buyers weary from battling it out against other buyers all summer.”

The median age of for-sale listings on Realtor.com in August is expected to be 72 days, which indicates properties are selling two days faster than this time last year but four days slower than last month. In August most markets begin to slow down in response to the start of the school year, with inventory levels and market velocity moving away from peaks and sales beginning to decline.

The median home was listed for $250,000, eight percent higher than one year ago and virtually the same as last month. That extends this summer’s trend of record high prices and is a new peak for August.

For-sale housing inventory reached its apex last month and August now reflects the usual seasonal shift with the first monthly decline since January. Even with an estimated 475,000 new listings coming onto the market in August, the total inventory remains considerably lower than one year ago.

The median age of inventory in August is expected to be 72 days, down three percent from last year and up six percent from last month. The median listing price for August should reach a record high of $250,000, an eight percent increase year-over-year and flat compared to July.

The listing inventory in August should show a one percent decrease from July. Additionally, inventory should still show a decrease of eight percent year-over-year.

ORLANDO, Fla. – Aug. 10, 2016 – Florida’s housing market reported more new listings, higher median prices and fewer days to a sales contract during the second quarter of 2016, according to the latest housing data released by Florida Realtors®. Closed sales of single-family homes statewide totaled 76,748 in 2Q 2016, up 1.4 percent over the 2Q 2015 figure.

The statewide median sales price for single-family existing homes in 2Q 2016 was $220,000, up 10 percent from the same time a year ago, according to data from Florida Realtors research department in partnership with local Realtor boards/associations. The statewide median price for condo-townhouse properties during the quarter was $163,000, up 5.2 percent over the year-ago figure. The median is the midpoint; half the homes sold for more, half for less.

“Existing home sale prices throughout most of Florida’s metro areas are continuing to exhibit robust year-over-year growth,” says Florida Realtors Chief Economist Dr. Brad O’Connor. “This growth is attributable to simple economics, which is to say that demand is strong and supply is currently limited. The inventory of homes for sale at the more affordable end of the price spectrum – which includes the vast majority of distressed properties – continues to decline significantly, and new construction has not come close to making up the difference.”

In 2Q 2016, the median time to a contract (the midpoint of the number of days it took for a property to receive a sales contract during that time) was 42 days for single-family homes and 50 days for condo-townhouse properties.

Inventory was at a 4.3-months’ supply in the second quarter for single-family homes and at a 6-months’ supply for condo-townhouse properties, according to Florida Realtors.

According to Freddie Mac, the interest rate for a 30-year fixed-rate mortgage averaged 3.59 percent for 2Q 2016, significantly lower than the 3.96 percent average recorded during the same quarter a year earlier. 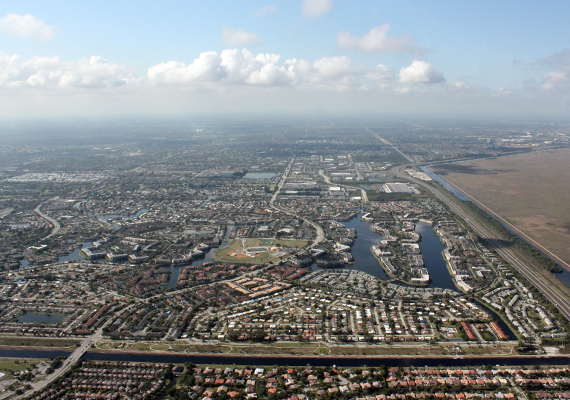 While much of South Florida’s housing market has struggled through a rough spring, May proved to be a bright spot for Broward County.

Sales for both homes and condos spiked year-over-year, all while inventory held mostly steady, according to a new report from the Greater Fort Lauderdale Realtors association. A total of 1,671 single-family homes were sold in May, up 9.5 percent from the 1,526 sales made during May 2015. Sales for townhomes and condos also jumped by 9.5 percent, from 1,434 closed deals a year ago to 1,570 this May.

Those spikes in numbers are also a considerable improvement from April, which saw the pace of home sales slow year-over-year in both Broward and South Florida in general.

Meanwhile, sellers took a breather during May, with only a slight rise in inventory for both sectors compared to last year. Listing inventory for single-family homes stood at 2,177 in May, an increase of only 1.2 percent year-over-year, while condo inventory showed even less growth with a 0.2 percent bump to 2,113 listings.

Fewer properties hitting the market and a faster sales pace could be a sign that Broward’s housing market is tightening, though it’s too early to tell if that trend will continue through the year.

To the south, Miami-Dade County has been hammered by declining sales and a surplus of inventory as homeowners look to cash in on ever-rising prices. Some analysts have said this will likely lead to a correction in the market and sellers start adopting more realistic pricing. 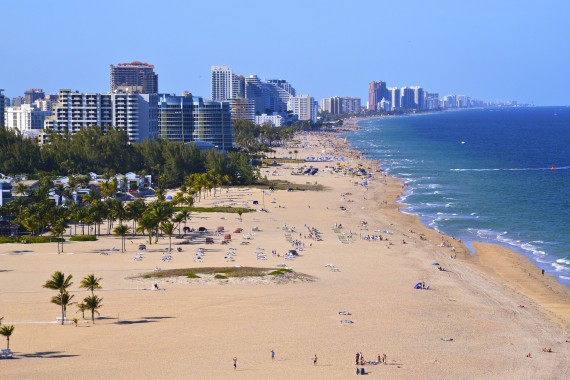 The first half of 2016 has been a regular slugfest for Miami’s housing market, but the grass seems a bit greener for its neighbor to the north.

While sales in Miami-Dade continue their downward slope, Broward County saw a moderate uptick for both closed sales and prices during June, according to a new report from the Greater Fort Lauderdale Realtors association.

A total of 1,635 condos and townhomes were sold in Broward last month, marking a 4.4 percent jump in closed deals year-over-year. Single-family homes saw a slightly higher 4.8 percent jump in sales, coming out to 1,805 properties sold.

Although the numbers are by no means earth shattering, they’re a far cry from the market woes in Miami and Miami Beach. A second quarter report from brokerage Douglas Elliman showed sales fell as much as 24 percent, year-over-year in certain areas, signaling a market correction could be on its way.

Back in Broward, housing prices continued their steady rise during June. The median price for condos and townhouses hit $149,250 last month, spiking by 10.4 percent year-over-year. Single-family homes had a more moderate price increase of 7.3 percent, standing at a median of $325,000 in June.

And the inventory pile-up that’s slowing down Miami-Dade was nowhere to be seen in Broward. Active inventory for single-family homes fell 10 percent to 5,490 properties in June, while condos saw a slight inventory uptick of 1.8 percent to 8,641 units. The past 12 months have been a constant squeeze on single-family housing inventory, according to the association, while new condos entering the market are starting to level out year-over-year after a significant influx that started in February.

While both sectors of the market grew during June, the association’s figures show Broward’s true strength is in its single-family homes. Dollar volume for home sales hit $682 million in June, more than double that of condo’s $307.8 million. And for the past 12 months, year-over-year home sales haven’t fallen once — something Broward’s more volatile condo market can’t boast.